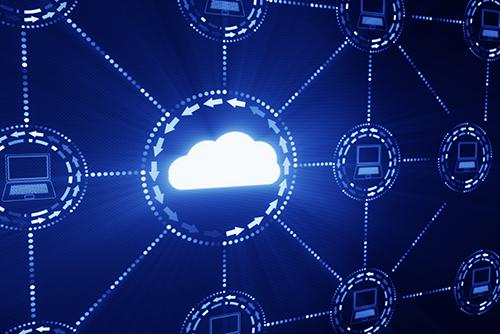 >The article was originally posted on FOW on 8 June 2016

Data requirements under MiFID II should not be underestimated, a panel of experts warned on Wednesday before calling for more clarity on coding trades.

Data, historically a back office function, is now a key part of firms’ compliance activities under new European reporting requirements.

"There is a big reliance on the use of ISINs [International Securities Identification Numbers] in the MiFID II rules, so it is key that regulators use a consistent assignment method in the mechanics of creating the ISINs," said Robin Trott, Director, EMEA head of electronic trading at Citigroup Global Markets.

The delay to MiFID II was initially proposed due to the "exceptional" technological challenges that firms - and regulators - would face to ensure they could adhere to the new rules.

"The regulators want and need a label for what is being reported – that is what ISINs are – as there is so much data…. Though there remains a grey area in understanding," added Anne Plested, head of EU Regulation Change Programme at Fidessa.

"There is nothing new about the use of ISINs for exchange­traded derivatives; they have been used as an identifier in transaction reporting, so I can’t see a problem with trading venues having to contend with a whole new approach to data," said David Nowell, Head of Industry Relations & Regulatory Compliance, UnaVista, London Stock Exchange Group.

"In the over­the­counter market – which will see some firms migrate to OTFs [organised trading facilities] and systematic internalisers ­ there will be pressure on venues to source and make available ISINs to the national competent authorities and then Esma, and there is some work ahead in this respect," he added.

The comments came on the 'New Data Model’ panel at the FIA’s 9 International Derivatives Expo on Wednesday in London, chaired by Robert Barnes, Director of Regulation at FIA, and also including Brian Lynch, Chief Executive Officer at Risk Focus and Rory McLaren, Senior Vice President Regulatory Services at Deutsche Börse.

Panelists agreed the use of ISINs was the 'least worst choice’ for the market, though McLaren suggested that perhaps a shake­up is needed.

"We need to look at the attributes of ISINs and LEI [legal entity identifiers] and see what works well; things need re­shaping before the rules come into force… It is important to remember that none of the current options were created specifically for Mifid II so ideally an alternative is needed, a new system for identification – it would be time-consuming but would lead to greater relevance in this key area," said McLaren.

That being said, Lynch said that, in their current form, ISINs will give regulators access to the amount of data that they need, "as long as they are only being used as a label for identification".

The panel also discussed the potential future for storage of the new data fields, after Britain’s Financial Conduct Authority recently that it was considering a cloud based solution.

"I am very optimistic about this show of faith from the FCA," said Lynch. "Financial markets need a catalyst for change and this could be it. I think it is a feasible idea and the market will be keen to see a blueprint from the regulator on what this could look like. This will allow them to start working on their own cloud based solutions to meet the huge data challenge."

McLaren agreed: "The FCA has realised that the scalability works and there is an increased element of safety at the application level."

UnaVista’s Nowell said; "This sounds like a brave decision, but the regulator must be satisfied that the security issues are met, following a likely ­extensive due diligence process."

The warnings over data and prep work come after members of the EU Parliament confirmed that the introduction of Mifid II will be delayed by a year, to January 2018 on Tuesday.

Barnes from the FIA said: "If firms have taken their foot off the gas, now is the time to step back on it and ensure that they are ready. Under MiFID II regulators are unlikely to be generous toward firms that miss their deadlines."

The crucial approval in confirming the delay came after the European Council in May said that it had agreed with the European Parliament that the implementation of the sweeping regulatory directive will be delayed by one year.

As reported last month, the delay is helping firms to cut their regulation focused technology spend as they are forced to think 'holistically' about upgrade decisions.